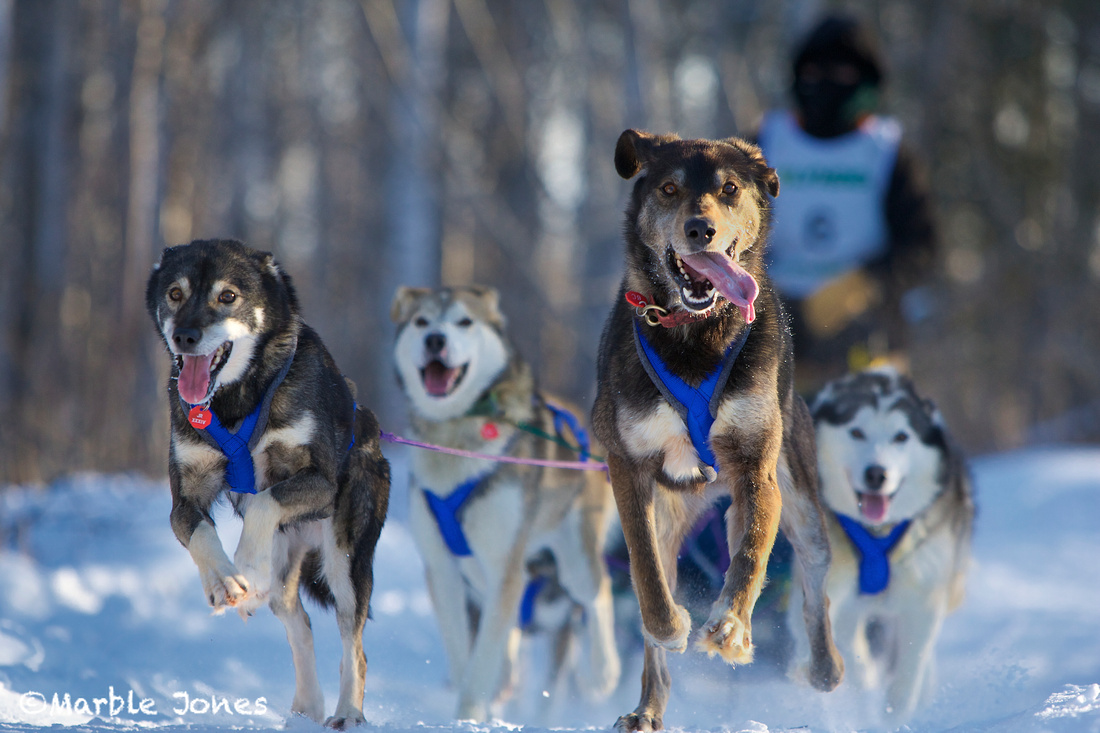 Karl Haffner and I were in Alaska last february to photograph bald eagles and moose.  We heard the Junior Iditarod race was in Wasilla so I drove up from anchorage earlythat morning to photography the race.  After hiking couple of miles through the snow I found a spot where the dogs just finished coming up a hill and hoped their tongues would be hanging out and flopping around.  I laid down flat in the snow and photographed the dog sled teams coming by.  Each musher may start with 7-10 dogs and runs 75 miles to Yentna Station on the Iditarod Trail.  This is the first major checkpoint in the real Iditarod race.